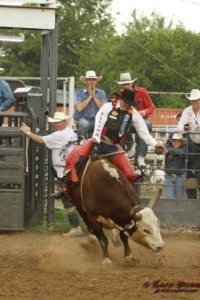 Since that time, Lance has gone on to demonstrate that the commitment and versatility that served him so well in the professional Rodeo Circuit, has provided a strong basis from which to build his subsequent career as a Safety Supervisor & Stunt Performer. From precision and stunt driving to animal wrangling, rigging & wire work, high falls to body torches, street fighting and beyond, Lance has proved himself to be an asset both in front of the camera and behind the scenes.

Sunrise feature a fantastic story on Lance recently… you can watch the video here: 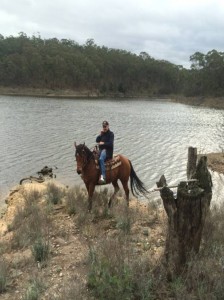 “When I became an above knee amputee I was very apprehensive about what lay ahead for me. My fears were soon put at ease when I met Monique and David from Promotion Prosthetics.

Their professional and knowledgeable approach to my problems made my transition to walking again a great experience. Their understanding of what I needed and the best way for me to achieve my goals, made every trip to Promotion Prosthetics enjoyable and when I left I felt confident with my prosthetic and what I could do, everything was explained and shown in detail and nothing was a problem for them.

From horse riding to exercising, and a comfortable fitting prosthesis, I would not hesitate to recommend Promotion Prosthetics to anyone needing to get moving again.

Great company and people to deal with.”